It’s Time to Take A Stand 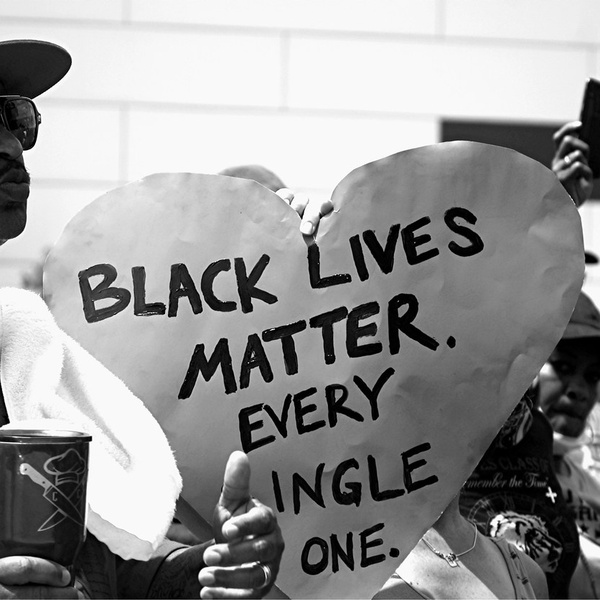 This poem is called it’s time to take a stand. And I want people to realize it’s to really think about it and get it deep in your thoughts and really listen to it.

Therefore racism is a system of advantage based on race.

Therefore, racism is a system of oppression based on race.

Therefore, racism is a system of white supremacy that creates a cross class collaboration called white.

Therefore racism is used to break up unity among ethnicities.

Society tells me my melanin is too much to be loved. And I hair is unkept. Out of dress code, and unprofessional. Police my box braids, cornrows, dreadlocks, and high puffs. Somehow my hair has seeped into my brain and prevented me from succeeding in school.

The prejudices that keep us from being accepted in society are reinforced through institutional systems and embedded in social norms.

When I was a little girl, my grandma told me your chocolate skin is beautiful in every way. Can’t nobody take that away from you.

Yeah. I didn’t know that the love she instilled in me would give me the resiliency to function in a society that tells us something different. The power of socialization influences the perception of beauty.

While you make power invisible, racism continues to survive.

The social security act provided a monetary cushion for any citizen in America excluding domestic and agricultural workers.

My grandmother stood as a housekeeper for 16 years. Denied.
My father was a landscaper who mowed lawns. Denied.

The federal housing act gave them the opportunity to own a home for close to nothing. My grandparents were not accepted into Levittown. The GI bill allowed veterans to come back to America with hopes of living American dream. My grandfather, a decorated veteran who was denied acceptance into college, denied a mortgage  loan and denied access into many public places upon his return.

In order to have an advantage. Someone needs to have a disadvantage. Manifest destiny provide that the Anglo Saxon man was fordained by God to rule the world. Therefore, my people were ordained by God to be ruled, but when poor people of mixed races united against Jamestown, manifest destiny was expanded to other races that were once denied: Italians, Greeks, Irish, Catholics, and Jews were among the last to be considered white.

Racism operates off of confusion. A lot of people are opinionated about the topic, but not informed. It’s time for our youth to take a stand. We are the future and we must make it a priority to change the world and make it a better place for all.

It’s time to take a stand.

Produced by GRITS. Copyright at 2020 by Kylah Laurent, Naiya Graham, and Shecoria Smith.

Live in coastal North Carolina and want to participate? Email info@shoresides.org to ask what youth workshops we are currently running.